After years of no real belief at all, one late fall I felt called to be a Catholic.

Belief is a slippery thing to write about — it can feel instructional, when you’re really just trying to work things out; or self-congratulatory, when you are actually trying to interrogate what it is you believe. Putting your belief(s) in writing can also feel final: It’s in words because now it’s true.

I am not a Catholic. That belief wasn’t true. But I am now a Christian, which, weirdly, feels less certain than when I thought I was Catholic. Everything is a swirl of confusion, and a wrong step or a sharp exhale might collapse, well, all of it.

The call to Catholicism went like this: I had felt, for some time, that I was missing something — some kind of comfort and peace. I was also working on some essays about saints and martyrs, pieces that weren’t really an exploration of my faith, but more just an exercise in memoir couched in stigmata and holy foreskins. I found myself both baffled and moved by these people — these saints and martyrs — so filled with belief and certainty that death came as a welcomed reward.

My husband was raised Catholic, his childhood church just up the road from us. (He’s now a Won Buddhist.) I didn’t know how to talk to him about these new thoughts I was entertaining — that I needed the comfort of Catholicism, the ritual of incense smoke and wine, liturgy and bread. I didn’t know how to talk about that because I wasn’t actually sure it was what I really needed. I would feel a warm fullness in my heart when I thought about mass (in the abstract; I, to this day, have no real experience with mass), and I began vetting different saints to hire as my Personal Spiritual Guide (probably Francis De Sales, Bishop of Geneva in the late 16th century and patron saint of writers), but I never fully felt that click — the click Brick describes in Cat on a Hot Tin Roof — “The click I get in my head when I’ve had enough of this stuff to make me peaceful.”

So I was left with this empty feeling, a need for some connection, both spiritual as well as to a community of similar-minded believers. (I went to one catechism class at the Catholic church where F. Scott Fitzgerald is buried and felt immediately alienated from God. There was no room for doubt. Every question had an answer, rather than an opportunity for further reflection. One woman said, “It’s important to remember that we do not worship the Virgin Mary. A lot of people think we do, but we don’t.” She made this clear to us in a room with no less than eight statues of the blessed mother. To leave the church, you have to walk by a giant statue of Mary. Another statue of Mary gleams whitely outside of the church.) I was at a place in my life where I was ready to believe — where my belief unraveled my disbelief — I just didn’t know where to go.

Belief itself is very personal, much like the house rules for Monopoly are different from family to family. What I most needed was a home where not just my belief, but my doubts and questions were equally welcome. I also needed it to not be Unitarian Universalist because I’m not interested in praying to no one in particular. I didn’t want something divorced from spirituality. Zach and I went to a Unitarian Christmas service one year and it was irritating from start to finish. “Are they ever going to talk about why Christmas is important?” I whispered to Zach. He looked at my with pity and then told me to shush. 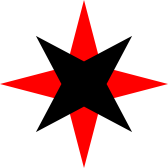 So where am I now? I turned to the Quakers — the Religious Society of Friends. (Another time I’ll write about how I put a lot of energy into exploring Santeria. Just know, for now, that I am a Very White Person who speaks zero Spanish beyond phrases that clearly mark me out as illiterate.) It’s church for introverts in a sense. I belong to an unprogrammed sect, which means we have no minister, no assigned readings from the Bible, no choir. We sit in silence for an hour, waiting for the still small voice of God to whisper words of revelation to us. I augment this with my own trek through the Bible, and with my questions, and few answers.

This site is a space for me to work on/through/with questions I have, answers I’m considering, and revelations that come to me. Nothing I write is an explanation, or even an instruction, on how to be a Person of Faith. I am mostly, and narrowly, only describing myself, and my thoughts, which you may read and agree with, or you may read and remain unconvinced. You will know, and be comforted, or you will not, and maybe still be comforted.

“As the African says:
This is my tale which I have told,
if it be sweet, if it be not sweet,
take somewhere else and let some return to me.
This story ends with me still rowing.”

Title Source: “Admonitions to a Special Person” by Anne Sexton

Wolf Hall is the best book ever written in the English language. Flannery O'Connor is always right. I miss Gerard Manley Hopkins. I live, laugh, and love in Rockville, Maryland. View all posts by Mike Bevel

1 thought on ““Your Belief Undoes Your Disbelief””

Random Reflections on Life, Theology, and the Bible

Belief It Or Not
Forbidden Histories

Everything You Always Wanted To Know About Science And The "Supernatural" (But Were Afraid To Ask).

Diary of an Aesthete

My understanding of human experience from a Judeo-Christian world view.

a free program of the Friends of the Bethesda Library

In the Shadow of Babylon
Small | Wire

"My faith is a great weight."